Updated January 2021
I’ve lived near Shakespeare’s hometown all my life and it’s somewhere that I probably take for granted as I walk past his house most weeks. As an English student, I sometimes hear my coursemates talking about Shakespeare, the Royal Shakespeare Company and Stratford and how they’d like to visit or have visited and it makes me laugh cause Shakespeare’s actually quite a big deal for English students! It’s only when the town has been so quiet that I’ve realised just how popular a tourist destination it is and how odd it is to be walking around without the steady stream of tourists that normally occupy its streets. I thought I’d share my favourite places in and around Stratford along with some of the best places to visit if you find yourself in Stratford-upon-Avon! 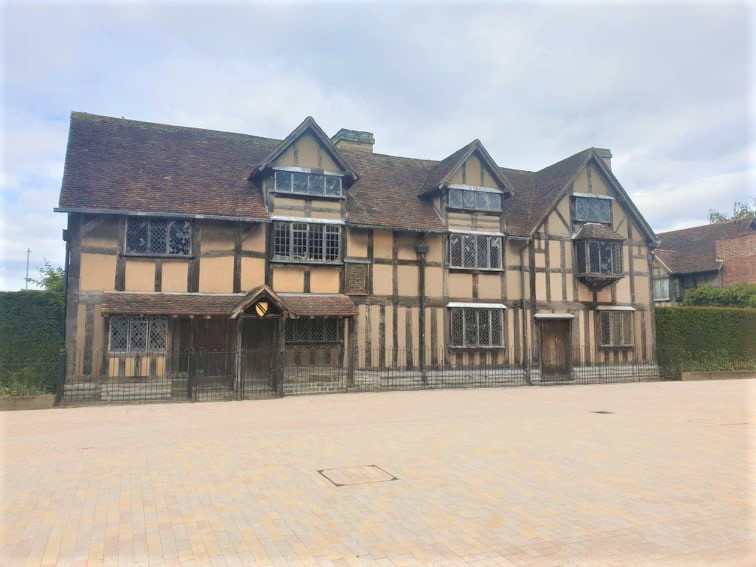 What to Do 1: Royal Shakespeare Company Walk

The RSC itself is worth a visit anyway and it’s free to just walk in and look around – there’s a lookout tower at the top too which is fun! Also, if you’re aged 16-25 and fancy watching a show you can get £5 tickets for everything if you sign up to the RSC keycard – it’s well worth it even if you only see 1 play. The RSC Walk isn’t an official thing but it’s one of my favourite places to go to in Stratford. If you go around the far side (nearest the river) and keep walking you’ll be on a little path that follows the river. It’s really picturesque and one of my favourite past-times in Stratford. You go through the RSC gardens where people often have picnics, walk past some boats you can rent, look at the huge pictures the RSC have up of past performances they have on a brick wall or catch the 50p ferry across to the other side of the river. If you continue on the walk, without going across the river, you end up by the church Shakespeare is buried in (but you have to pay to see that) and the walk is really peaceful.

What to Do 2: Shakespeare’s Birthplace

The most obvious place to go to in Stratford is, of course, Shakespeare’s birthplace. It is perhaps the main reason why people actually visit the town and the house is situated on a nice cobbled street. I’d recommend popping into all the little shops near the birthplace as there are some gems in there and even the library is quite picturesque! If you’re lucky, you might see the fake statue man hovering around the birthplace – he’s a regular feature of Stratford and is always amusing! The house itself is pretty difficult to miss and is a lovely place to visit. They often have actors inside the house and its gardens acting out Shakespeare plays that you can sit and watch on your way round too. If you have time, there’s a ticket that allows you to get into all 5 Shakespeare attractions in and around Stratford- I recommend New Place which is in the town centre and has some very snazzy art installations and Anne Hathaway’s Farm if you like animals and can travel a bit further afield!

What to Do 3: Antique Bookshop

Near Shakespeare’s New Place (which is on the site where Shakespeare built his own house) is the most gorgeous little bookshop. It’s the type of place that you typically walk past without really noticing as it’s so small but inside it has so many old books that I could spend hours looking around. It’s quite a small place so can’t really fit many people inside but it’s well worth a look if you’re a fan of literature, which, as an English student, I definitely am! Also, the charity shops in Stratford often have old RSC pamphlets and flyers along with a lot of books on Shakespeare so if you’re after souvenirs or Shakespeare plays they are probably your best bet to get something authentic! Oxfam in particular often has lots of this kind of thing!

What to Do 4: Look at the Lamposts

Around the back of the RSC, the Church and along the street there are loads of different lamposts. They may seem like nothing special but they are each in different colours and each one of them is a gift from another council. I like to stroll up and down the streets finding as many as I can and looking to see where each particular lampost was a gift from – you’ll most likely find your local council has gifted one too! If on the way back from the RSC walk you go through all the houses, you’ll end up walking past all of these lamposts! 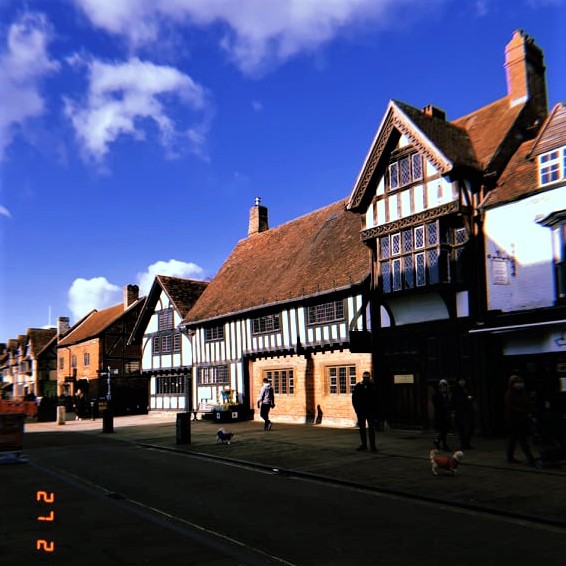 What to Do 5: Charlecote Park

This isn’t actually in Stratford but if you can drive, it’s well worth taking a visit to Charlecote Park. It’s also rumoured that Shakespeare once poached on the land of the Lucy family (who still live there today). It’s a National Trust place that has acres of land and a beautiful house you can look inside. They let the deer roam freely as well so there is often the opportunity to get up close and personal with them too! I’d highly recommend it! There’s also the Charlecote Mill that is a few minutes walk from the park, I believe it’s one of the oldest working mills in the UK so it’s worth a look if it’s open!
Those are some of my top picks of what to do in Stratford-upon Avon or the surrounding areas. Hopefully, there are some things in this list that you didn’t know about as I tried to give more of a ‘locals guide’ to Stratford and steer away from the more generic and common things to do.
Have you ever visited Stratford-upon-Avon? What did you do there? 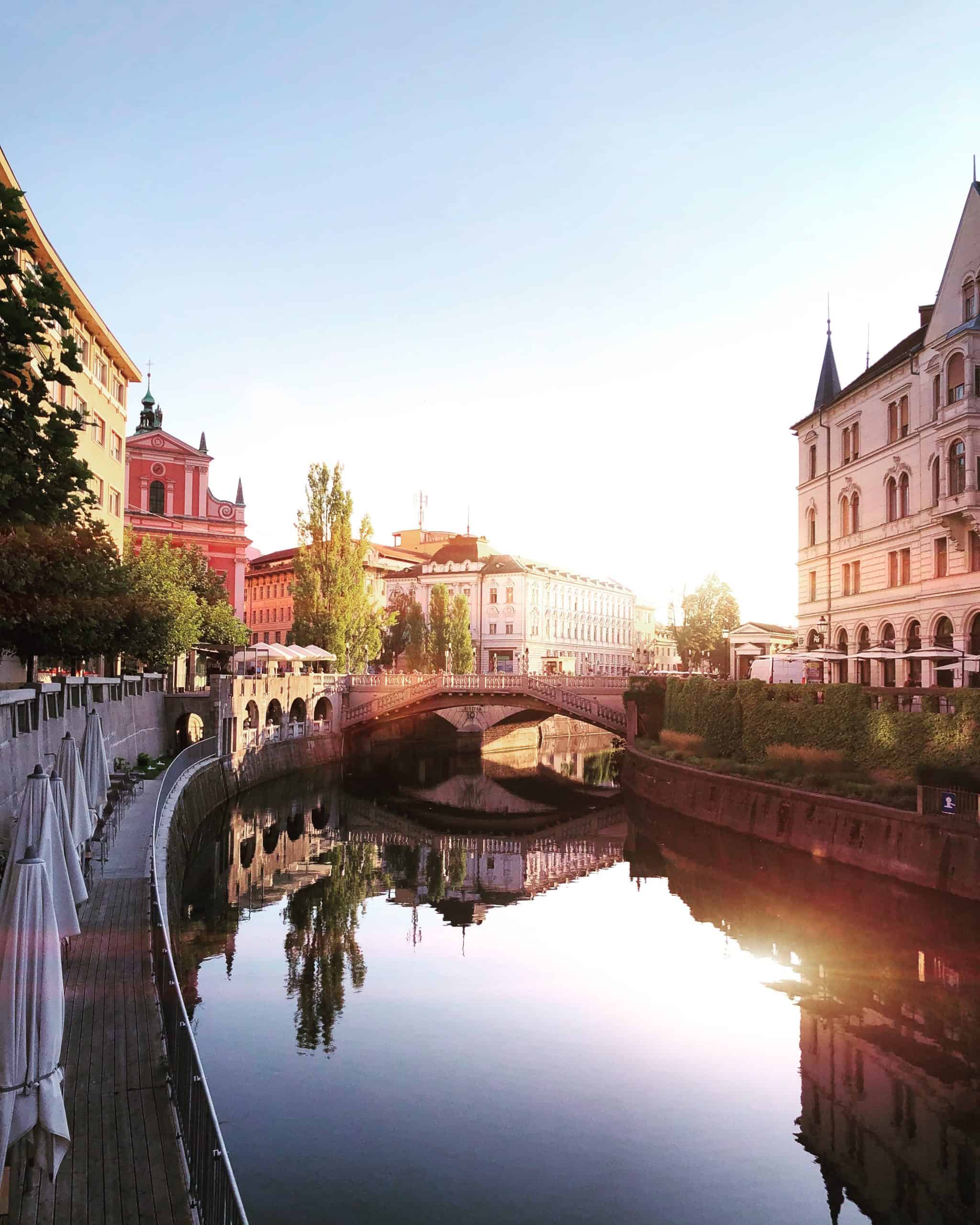 My Ultimate Bucket List of Places to Visit in Europe 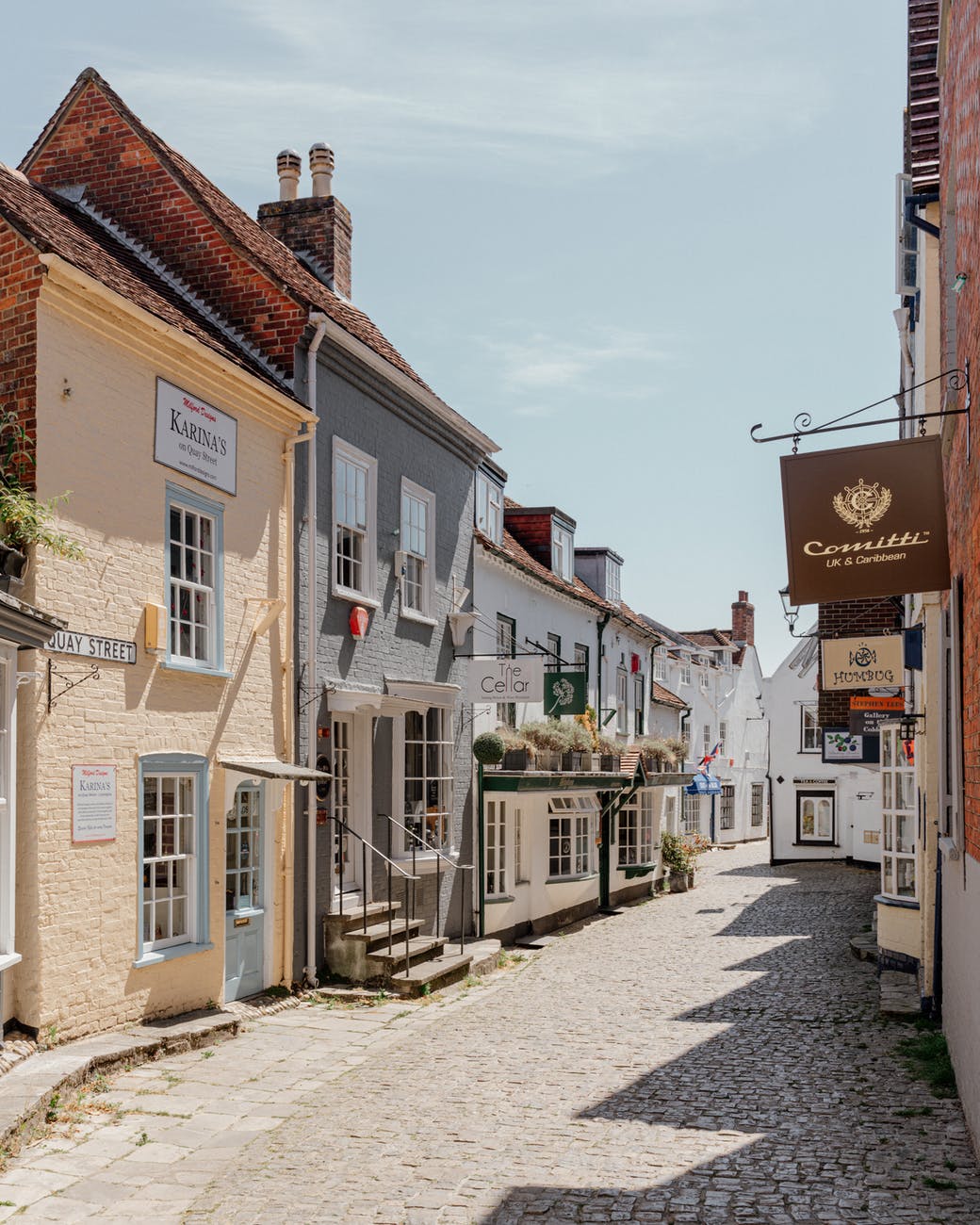 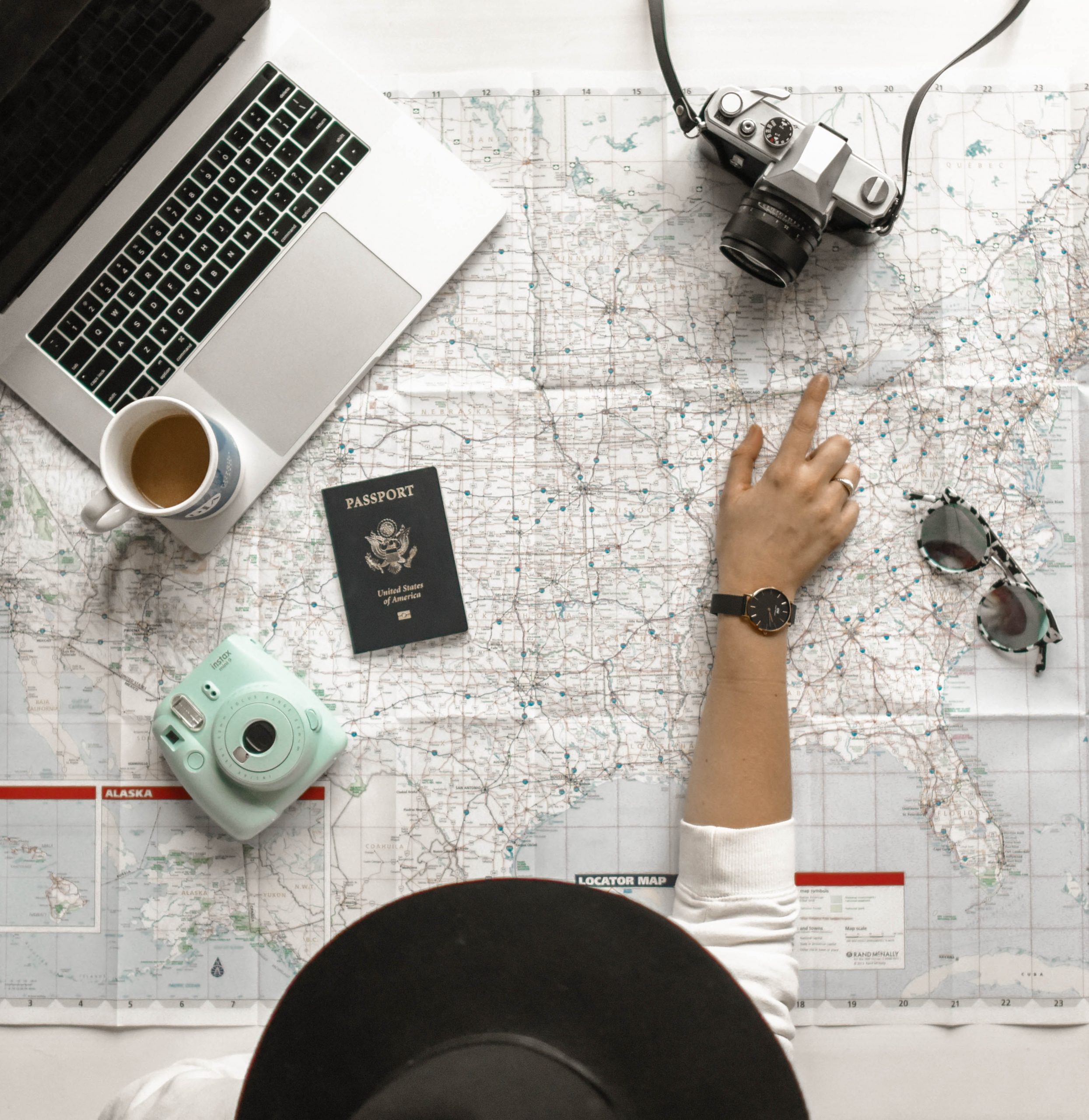 The Best Places to Visit in Autumn + Winter 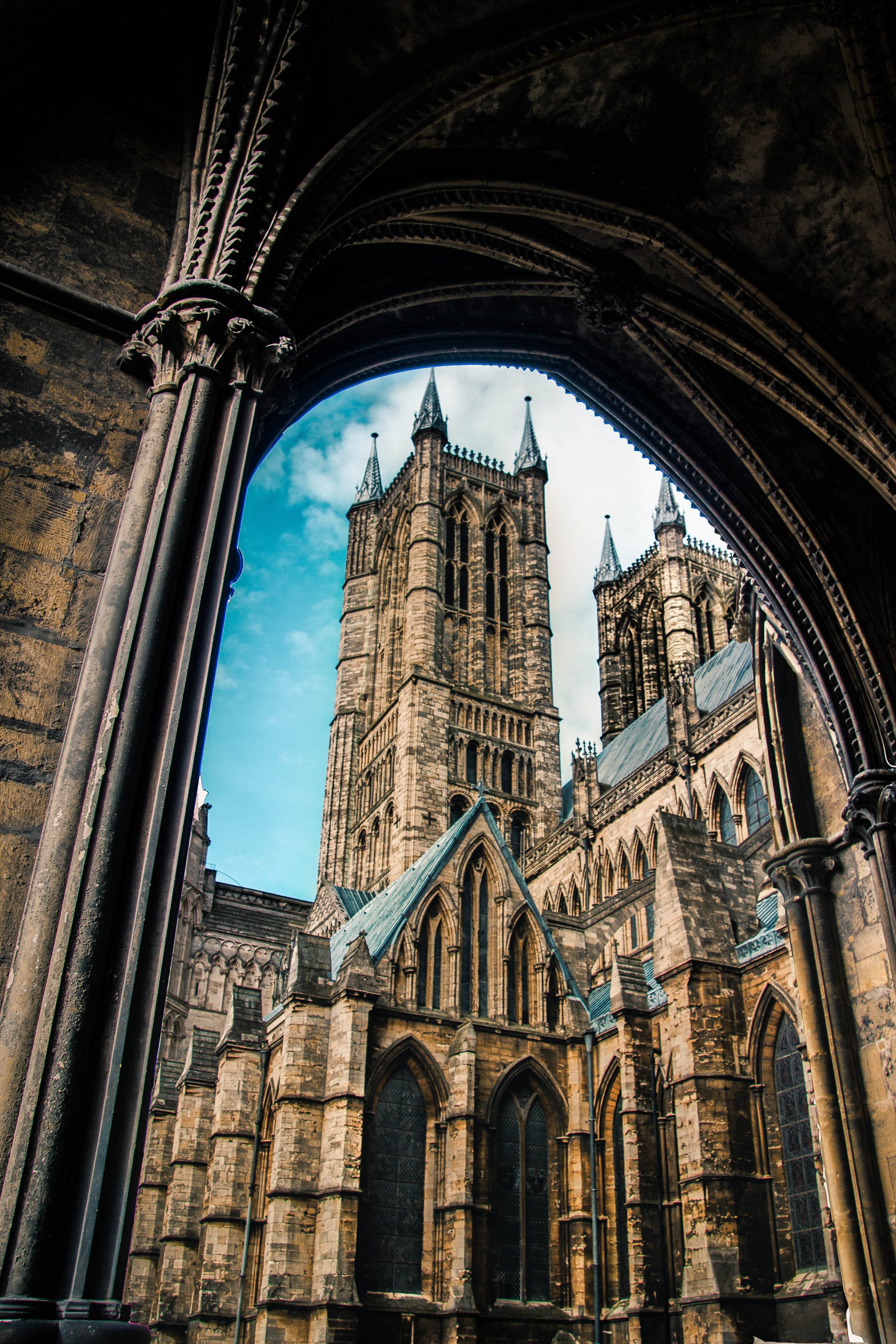 5 Days in Lincoln: A Travel Guide